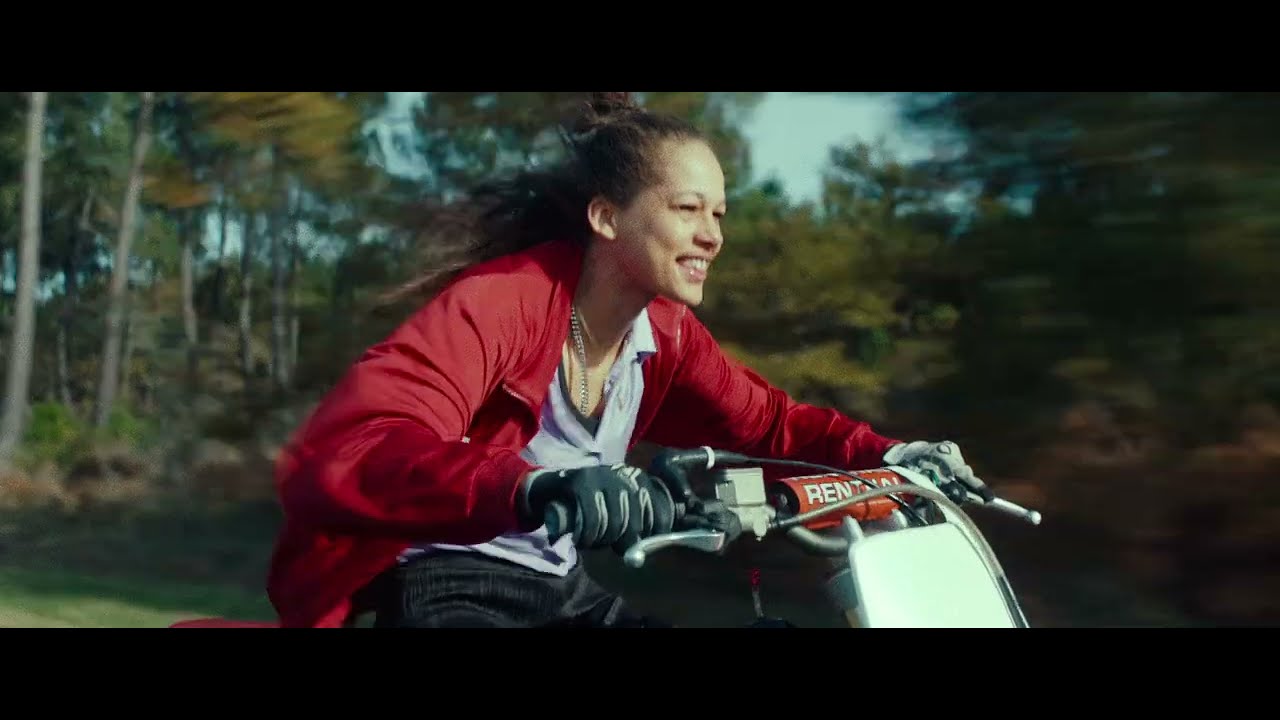 The debut feature-length film Rodeo by the French director and screenwriter Lola Quivoron is set in the moto-culture of the suburbs of Paris, where a fearless female biker manages to completely shake up the men’s motorcycle club. Julia is young and maladjusted, and her greatest passion is motorcycle riding. The film begins with a sequence in which Julia defiantly confronts a couple of young men from the suburbs, who try to prevent her from going her way. That way involves getting wheels – and so she races down the highway driving a stolen Honda. Even though the world of motorcyclists who perform stunts is a real men’s club, Julia doesn’t give up and visits illegal moto-gatherings, so-called “rodeos”.

What at first seems to be the familiar template of coming-of-age movies – the one about finding your tribe and spending time on dangerous streets – soon turns out to be much more than that.

Lola Quivoron was born in 1989 in Paris, France. She is a director and writer, known for Rodeo (2022), Son of the Wolf (2015) and Au loin, Baltimore (2016). The director spent years familiarizing herself with the underground community of motorcyclists who ride north of Paris, and therefore her latest film reflects her empathetic understanding of such a milieu and its protagonists.