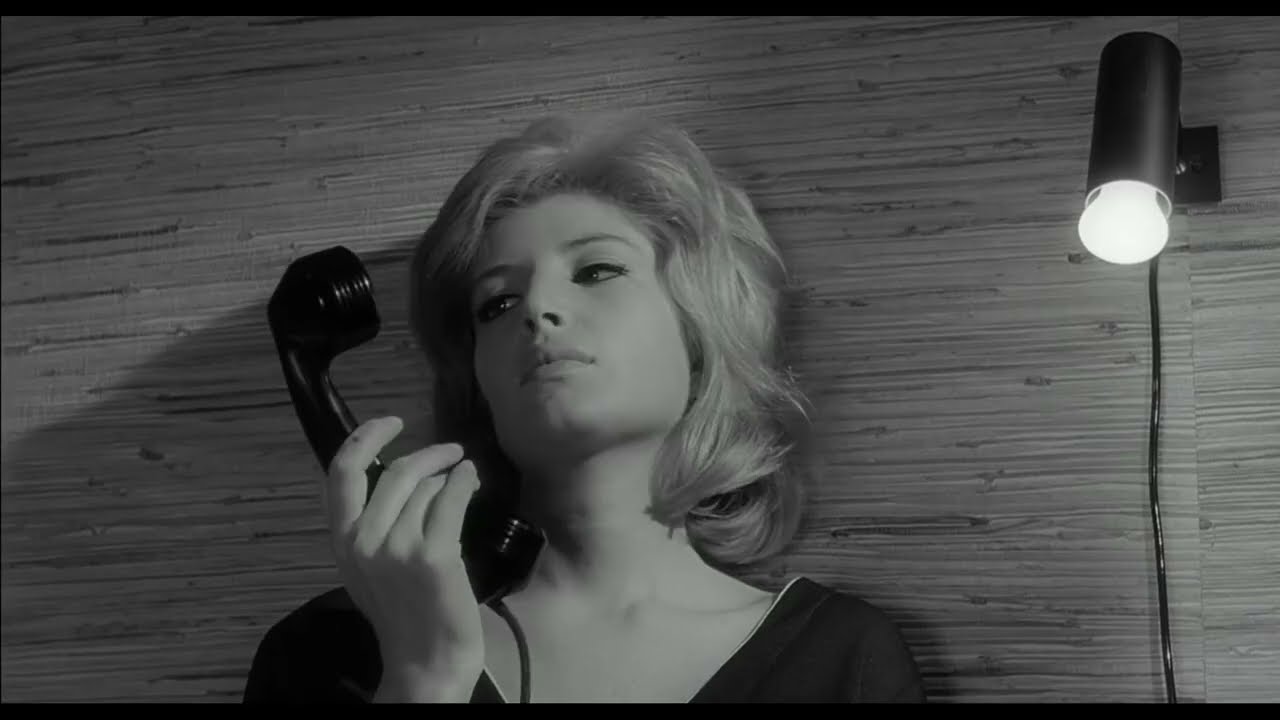 The concluding chapter of Michelangelo Antonioni’s trilogy is a romantic drama and a “story of imprisoned sentiments” that follows the love life of Vittoria, a beautiful literary translator living in Rome. After splitting from her writer boyfriend, Riccardo, free from an uncomfortable and meaningless relationship, she soon finds herself falling for the charms of self-absorbed young stockbroker Piero, only to drift into yet another ill-fated romantic affair. Though Vittoria and Piero begin a relationship, it is not one without difficulties. Against the backdrop of a nearly-deserted city, the two lovers will eventually face a bitter, unbearable reality: their commitment to one another is tested during an eclipse showing us how, sometimes, human connection is simply impossible.

Michelangelo Antonioni (1912–2007) is credited with defining the modern art film. Among the most-cited contributions of his cinema are their striking descriptions of that unique strain of post-boom ennui everywhere apparent in the transformed life and habits of the Italian middle and upper classes. Detecting profound technological, political and psychological shifts at work in post-WWII Italy, he set out to explore the ambiguities of a suddenly alienated and dislocated country. He is best known for L’Avventura (1960), Blow-Up (1966), The Passenger (1975) and Le Amiche (1955).