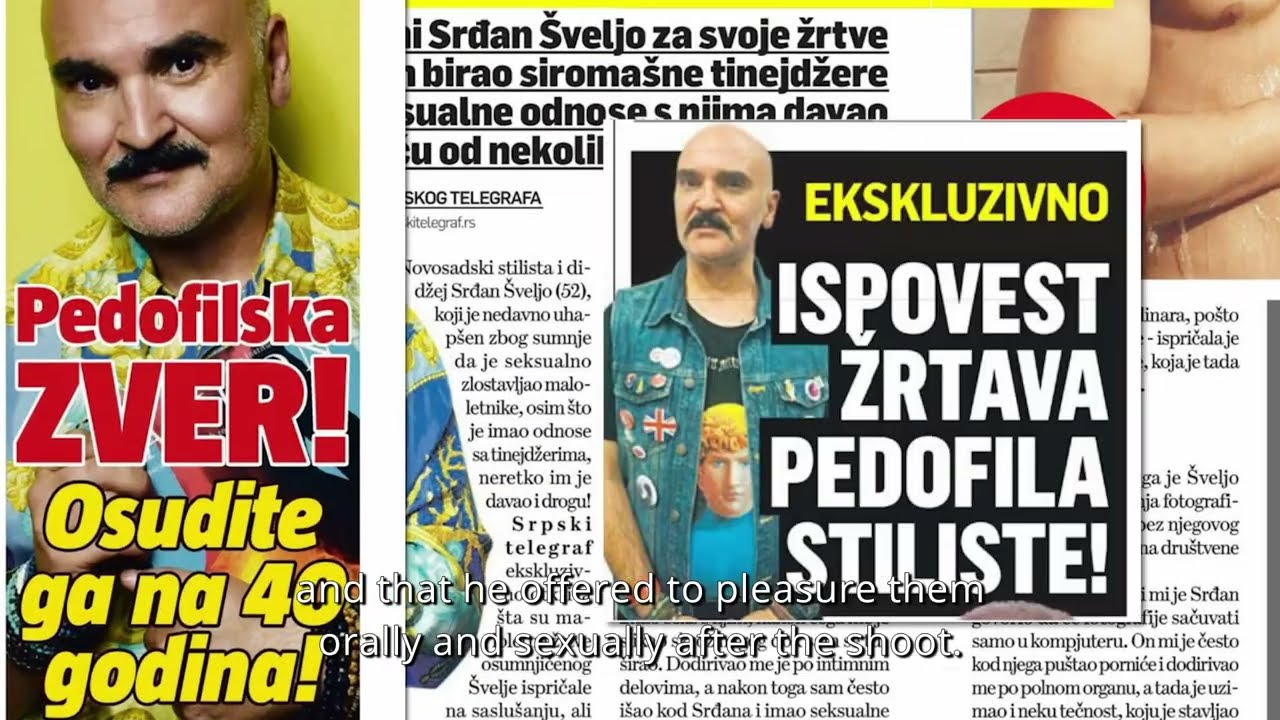 At the beginning of 2020, the arrests of pedophiles politicians and other public figures were pompously announced in all media. Instead of them, the police arrested fashion photographer, stylist and DJ from Novi Sad Srđan Šveljo on 28.01.2020. Before the official arrest, the media already announced that Šveljo was a “pedophile”, who “raped, pimped, drugged and photographed boys for pornographic purposes”. The tabloids called him a monster and a predator and published his image on the front pages. Although the prosecution in Novi Sad filed an indictment in which none of the charges were related to pedophilia, the public could not find out, because the trial was closed. The man’s life and reputation were destroyed, and the announced arrests of pedophile politicians have not happened to date.

Aleksandar Reljić is a journalist and the author of numerous TV documentaries, which mainly dealt with the topics of culture of memory, war crimes, protection of human rights, xenophobia, etc. He is the author of the documentary-educational program of Radio Television of Vojvodina. His film Enkel received several awards and was nominated for the Best European Documentary Film of the Year 2018 at the Prix Europa Festival in Berlin. Since 2019, he has been running the independent film production company Core Dox.